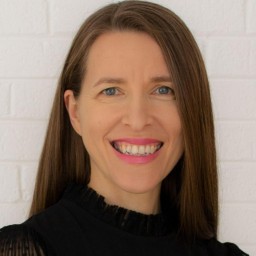 The other day, my husband and I announced an upcoming family trip to New York City to our three kids. The girls immediately started jumping up and down with excitement, but my son’s reaction was more subdued.

“It’s going to be really crowded and noisy, isn’t it? Just like the hallways at school in the morning” he replied.

I wasn’t terribly surprised by this response, given that it was coming from a kid who displays most of the typical characteristics of a highly sensitive child.

Even though my son is socially extraverted (unlike me), he most definitely inherited my sensitivity genes. 🙂 We are both bothered by bright lights and noise. We are always ready to escape the crowds before the rest of the family. We both have wild imaginations. And we both have super high levels of empathy.

A few readers have asked me about strategies for parenting a highly sensitive child, and I have to admit I was a little reluctant to approach this topic at first.

My son is only six years old as of this writing, so it’s not like I have a track record to prove that my parenting strategies work. 😉

But then it occurred to me that I was once a highly sensitive child myself and I know very well what was missing from my own upbringing and what I’ve needed to do to repair the resulting damage in adulthood.

Which actually makes me pretty confident that my highly sensitive child parenting strategies have plenty of merit. 🙂

Highly sensitive children are often more bothered by various stimuli in their environment than their less sensitive peers. It could be bright lights, loud sounds, chemical smells, scratchy clothes, temperature changes, or even other people’s emotions.

When a child’s experience is invalidated in this way by trusted adults, the child can start to doubt herself. And instead of learning to address the source of distress, the child just learns to endure.

And then the child sits with that reality for several years and lands on the therapist’s couch as an adult.

To avoid this chain of events, it’s important to remember that the highly sensitive child’s experiences are real. And they should be acknowledged and validated:

To avoid overstimulation, it’s important to balance stimulating experiences with down-time. When we plan our trip to New York City, for example, it’s not going to be go-go-go from sunrise to sunset. We are going to visit Times Square for sure, but we are also going to schedule some down-time in the hotel room to give my son and me a chance to soak up some calm in between the hustle.

On the weekends, my less sensitive girls are often eager to go run errands with my husband, whereas my highly sensitive son often asks to stay home with me. And we let him. Although he is an extravert and mostly loves school, he also needs that time to hang out at home and recharge.

3. Don’t Project Your Own FOMO On Your Child

Sometimes it can be hard to set aside downtime, because as parents, we want our kids to have every opportunity and not miss out on the fun.

Sensitive children are entitled to their own definition of fun. If they think it’s more fun to read a book or to create an imaginary dinosaur town than to go to Jump Zone or take a hip hop class, then that’s their experience and they are entitled to it. Even if their definition of fun is different than yours or other kids’ their age, it doesn’t make it any less fun for them.

Now, if my son never wanted to leave the house at all, I would most definitely encourage him to do so. And if he rarely had opportunities to practice social skills, I would arrange more play dates.

But after a busy week at school and a couple of after-school activities, I think it’s perfectly reasonable for him to want to hang out at home for most of the weekend.

4. Watch for Signs of Stress

How can you really tell if your child is getting the right balance of stimulation and down-time?

Well, a child who is not getting enough stimulation will act bored.

Conversely, a child who is getting too much stimulation will act out. This might start with tiredness, irritation, and whining, and then proceed into a full-on meltdown.

Of course, this happens to every child from time to time. And it happens a lot with two- and three-year-olds.

But if it happens very frequently and it keeps happening frequently into the pre-school-years, it might be a sign of too much stress.

According to W. Thomas Boyce, author of The Orchid and the Dandelion: Why Some Children Struggle And How All Can Thrive, highly sensitive (orchid) children’s bodies respond to stimuli with a higher level of cortisol than less sensitive (dandelion) children.

So highly sensitive children will reach the “excessive” threshold from less actual stress than non-sensitive kids. And this puts them at higher risk for a dysregulated stress response system and a whole bunch of mental and physical health problems later in life.

That’s why it’s important to be mindful of the level of stress the highly sensitive child is exposed to and watch for signs of excessive stress. And that’s also why I recommend this:

If you really want to set your highly sensitive child up for success in life, then teach him – starting from an early age – how to reduce and manage stress.

Beyond the usual breathing and mindfulness techniques, there are many other ways to help highly sensitive kids keep stress at bay, such as…

All kids benefit from routines, but highly sensitive children NEED regularity when it comes to meals and bedtimes.

My son has yet to see the ball drop on New Year’s Eve and he will actually come ask me if it’s time for bed yet when our evening routine is running a couple of minutes behind. 🙂

If only I could get his sisters to go to bed as easily!

Another way to reduce stress is by giving highly sensitive children plenty of time to mentally prepare for new experiences and refrain from surprising them.

Now, my other two kids love to be surprised. So whenever we plan any kind of outing, I prepare my son by telling him exactly what we are going to be doing, but he knows to keep it a secret from his sisters.

8. Let Your Child Proceed At His Own Pace

Now, sometimes you have no choice. You gotta show up for work, so your kid needs to go to daycare.

But when you do have a choice, I’m in favor of gentle encouragement:

9. Openly Talk About Any Tension Or Negativity In The Household

If I so much as think a negative thought, I can be guaranteed a hug and an “I love you mom”. (Yes, he is that sweet!)

Because it’s pretty near impossible to hide negativity from my son, I’ve decided it’s best to address it. So when everything is calm, we talk about how it’s normal for people to have bad moods and how it’s normal for family members to get into arguments.

And when my husband or I actually show any kind of negative emotion or if there is a disagreement, we further reassure the kids:

10. Teach Your Child About Empathy

The reason highly sensitive children are so attuned to everyone’s moods is that they tend to have high levels of empathy. (And by the way, this is one of the ways in which they differ from kids who are on the autism spectrum who sometimes have similar sensory sensitivities.)

Being capable of high empathy is a gift, but it can also be difficult for a highly sensitive child to sort out when they are feeling their own feelings and when they are being too affected by someone else.

So I think it’s good to teach a highly sensitive child what empathy means and teach him to differentiate between feeling his own feelings and feeling other people’s feelings.

As a matter of fact, I think it’s good to talk to all kids about temperament differences in general and how there isn’t just one way to be “normal” and how we all have our own strengths and weaknesses.

Many highly sensitive children grow up feeling weird and flawed, but introducing them to the wide range of human temperaments can help them see themselves as equals.

We have a mixed bag of temperaments in our family of five – sensitives and non-sensitives, introverts and extraverts, intuitives and sensors – and my husband and I point out these differences whenever they naturally come up in conversation. And we always make it a point to emphasize that both ways of being are perfectly okay.

12. Teach Your Child That It’s Not His Or Her Job To Make Everyone Happy

Whenever I catch my son giving in to his sisters, I try to remember to tone down the praise and remind my son that he doesn’t always need to go along with what other people want. And I also…

13. Teach That Their Own Needs Matter And Deserve To Be Met

The desire to please others can be so strong that highly sensitive children need frequent reminders that their wants and needs matter too and that it’s okay for them to sometimes get their way.

14. Be Gentle With Discipline

Whereas his feistier sisters will fight back to the bitter end, my son will totally collapse at any sign of displeasure from me, his father, or his teachers. He will get upset even if he hasn’t done anything wrong, but for some reason thinks he might have.

As a result, a tiny amount of very gentle discipline will go a long way. We ever only need to ask once. And we only need to kindly explain why a certain behavior isn’t okay. No stern tones needed. To avoid the collapse, I usually also follow any discipline up with a hug and a reminder that “everyone makes mistakes”.

One caveat… If a child is overstimulated, he may not be able to process what’s going on and it’s better to focus on calming down first and foremost.

15. Don’t Take Advantage Of Your Child

Some highly sensitive children are so easygoing and accommodating, that it’s hard not to take advantage of it.

It’s so much easier to get my son to do chores that I’ve been tempted to get him to do twice as much as his sisters.

It’s so much easier to get my son to cooperate that I’ve been tempted to ask him to just give up the toy that his sister just grabbed out of his hand.

But I try not to give in to these temptations.

He should be rewarded for being “easy” – not taken advantage of.

16. Remember That You Don’t Have To Be A Perfect Parent

Don’t EVER do that.

And if you don’t follow all this advice to a T your child will end up miserable and it’ll all be your fault!!!

I don’t want to make you feel like that, so let me remind you that there are no perfect parents.

And you know what else?

And that’s what she needs the most.

To know that she is loved and cared about and accepted.

17. Make Your Own Self Care A Priority

And you also need to take care of yourself.

This is going to help your highly sensitive child two-fold: